Mold is a part of the fungi kingdom. Other types of fungi include yeast, mildew, truffles, puffballs, and mushrooms. This is a classification completely separate from plants and animals. Whereas plants can make their own food through carbon dioxide, fungi and animals feed on complex carbons found in living organisms. Fungi do this by excreting enzymes that break down those organisms, so that they are then able to ingest them. This is in contrast to the process of how animals get their nourishment, which is by ingesting food and then degrading it internally.

There are hundreds of thousands of species of fungi and they are not always something you want to get rid of. Fungi play the important role of breaking down dead materials in the environment, such as trees, insects, and animal carcasses.

What Mold Needs to Grow 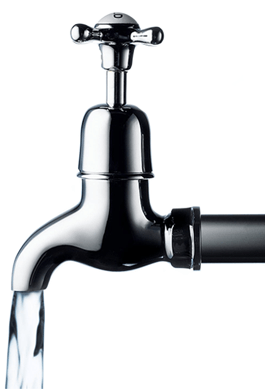 The two things that mold needs to grow are moisture and food. Moisture is the most important factor, because mold spores can exist indoors and not cause problems at all until a little water comes along. And it does not need much moisture at all. A little condensation after a shower in the bathroom or a pipe leak under the kitchen sink can be enough for mold to germinate.

After water, mold needs nourishment to grow. Mold gets food from the surfaces it plants itself on. It can grow on virtually any surface including wallpaper, textiles, wood, plants, soil, and tile. Mold can even grow on dirt or dust, which means that any surface that can get dirty or collect dust can collect mold. This opens up the floodgates as far as surface growth opportunities go.

Although the majority of molds grow best between 40 and 100 degrees fahrenheit, there are types of mold that grow well in extreme cold as well as extreme heat.

The five most common indoor molds are Penicillium, Alternaria, Aspergillus, Cladosporium, and Stachybotrys. Here is a little more information on each.

Mold spores are everywhere, including inside of your home. It is actually normal for mold counts outdoors to match mold counts indoors. It is when mold counts in your home are higher than outside your home that you need to worry, because that likely means that the mold inside found a water source. Mold spores will not grow if water is not present. But once moisture is introduced, they can spread at a rapid rate and produce spreadable spores in as little as 24 hours.